This stream of conscience is more about internal travel than it is external travel. We will cover getting from country to country in another episode. Today let’s talk about how to get around a place once you have already made it there.

For the sake of good conversation, let’s start with Europe. It really doesn’t matter if it’s western or eastern Europe, I find the go-to answer to be the train. When I was younger, and lived in Germany, I drove almost everywhere. It was just a matter of get up and go. Now that I’m not embedded in the culture anymore, I find the train to be the best option. The train system in Europe literally goes everywhere. Seriously, I mean it goes everywhere. The small little town in the middle of nowhere will have a train station. I may only get one train a day, or a week, but it is still accessible. The other good note about Europe is – It ain’t big. I don’t mean that as a statement about the continent, but more about the cities in it. Most all the cities in Europe have one of two qualities. Either they aren’t very large or they have a metro system to get around. Any city of any size in Europe will have a metro (subway) system.

You can walk out of your hotel in London, get the tube to the train station, catch a train across the channel to Paris, and take the metro to your next hotel. No rental cars or cabs required. After hitting up Paris, you’re on the high-speed train south to Barcelona or Nice. Maybe, you head east to Frankfurt. Maybe it’s farther on to Rome. Wherever you’re headed in Europe, I personally think the train is the answer.

Now, the rail system does have some downfalls. The real downfall of the rail system is that you’re going wherever the train is going. If you like to do the random stops and check out the unmarked roads, then the train is not going to be your first choice. It’s cool, you have to travel the way you like to travel. Getting off the beaten track with a rental car in Europe is pretty easy. All of the major rental companies that operate in North America also operate in Europe. There are different requirements for insurance and such, but the process is basically the same. You may be required to possess an International Driver’s Permit, and should definitely check the requirements of the country you plan to visit. If you are required to possess an International Driver’s Permit, you can pick one up at your local AAA Car Club office where you live. Most major car rental companies will also offer deals to vacationing travelers. Check with the car company you intend to use or the booking agency you get your plane/hotel through as they may have incentives and saving plans available that can lower your cost.

If the train is for you, then there are options here as well. Both Rail Europe and EURail offer multiple day/multiple country train ticket options through their websites. The ticket packages need to be purchased before you leave North America, but can be bought in advance and activated when you arrive. Depending upon your ideas about what you want to do, buying single use tickets at the train station can be a cheaper option, as the rail passes are fairly expensive. If you plan to visit several parts of a country or multiple countries, the rail pass is definitely a money saver.

Moving on to Africa, Sadly here I’m not much help. The one time I was in Africa I used a travel company. Which one? Contiki. They were excellent. They also provided all of the logistics. Frankly, the traffic in Cairo was something I had never seen before. I didn’t know traffic and action sports could be blended together until I made it to Cairo. I’m sure there are good ways to get around, I just haven’t scouted them out yet.

South America. South America doesn’t have the infrastructure that North America has. It lacks any of the serious between city/country services, except for buses. Buses and planes are the between country services in the lower part of the Americas. The flights across country are also reasonably priced. The bus is the cheapest, but is also definitely sketchier. You can catch an internal of to-country flight quiet reasonably. Once you land, its cabs and buses around the city. The rental car option is also available in most major South American cities, but with a cab service it probably isn’t necessary. At least, that’s me. Some people like more independence of travel. If you’re looking for on-the-cheap, then a rental is probably a good option. You can burn up a little money running from one side of a city to the other. I just tend to find cabs easier.

South America is much more based on buses and cabs in the cities, and buses or private drivers from city to city. When I was in Costa Rica, I used the private driver option. Travelling up into the cloud forests, it pays to have a driver who knows where he’s going. It’s also nice to be able to talk to a local for a while, about whatever.

My time in the Caribbean has been a mix of cabs and rental cars. Seriously, beaching it is easy in a rental car. And, like North America, the car companies are everywhere. If you’re headed out for the night to party, leave the rental at the hotel and cab it. You will be happy you did on the way home.

I have utilized trains, cabs, buses, horse and carriage, and private drivers while traveling abroad. It really depends on how you want to get around. If you are the typical North American traveler, you want freedom of movement. That is easy enough to find, depending on your definition of freedom. If it’s I-want-to-go-right-now, then it’s rental cars probably. If its lets-go-and-see then it’s the train, or a bus, or a cab. Most cities and city to city connections in most parts of the world have a bus service. I recommend that if you plan to use the local bus service, you research it before you go. The ideas of safe and prompt vary wildly across the globe. If you’re thinking that you’re going from Lima, Peru, down the coast to Nazca, Peru, and that you’re going to be taking the Greyhound, you’re probably going to be sadly mistaken. You’re also going to have a bad travel experience.

I tend to think that have a good travel experience has as much to do with travelling like the locals as it does with interacting with the local society. If you’re in a place where everyone travels by bus, then get out and travel by bus. If you’re in an area of the world with good trains, then take the train. Believe it or not, moving around is actually part of the travel experience. Personally, I can’t wait to get to India or South East Asia and take my first ricksha ride! 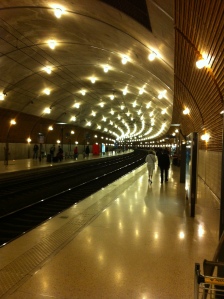