Today was all about palaces, Buddhas and bad cabbies. I got up at no particular hour of the morning and wandered downstairs to have breakfast at the hotel. It was perfectly adequate, and the coffee was strong. I asked at the front desk about laundry service and how to get to the Grand Palace. The answers were before 11:00am for tomorrow, and by taxi.

I am not a hotel laundry service person, as a general rule. I usually just find a place nearby and go do it myself. Sadly, the scouting mission yesterday didn’t turn up any laundromats, and my clothes stink too bad to re-wear.

The cabbies are all in cahoots in Bangkok. Its a syndicate. The ride across the city to the Grand Palace by Tuk Tuk cost me 300 Bahd. The dude also stopped like a block shy of my destination and wanted to have me go see something else. Gave him a swift And firm no.

The Grand Palace was quite Grand indeed. It was also literally overrun with Chinese tours. There were so many that I had to blend in with one just to get through the entry gate. The ticket for admission was 500 Bahd, and the ticket counter is quite easy to find. They are cool with English, and were quite nice considering the overwhelming crowds. You could get a private guide for a fee or an audio tour. I opted for the free English map, and tried to figure it out as I went. Fortunately, there was a guy giving an English tour that I happened to cross paths with several times. That helped a lot.

It was blisteringly hot this morning. Sunny with no clouds. The heat beat you out of the open areas after a few minutes and added to my developing sunburn. There is a good percentage of the Grand Palace that is well shaded, by design. Getting in out of the heat is easy enough. I did frequently.

After the joys the Chinese, I made my way out of the Palace and headed down the street to the Wat Pho complex. Fortunately, it was right next door to the Grand Palace complex. On the way, I stopped to take in the open-air displays at the Museum of the Cannons. As the name implies, they had many cannons. It was also a fine display. The display takes up the front lawn of one of the defense ministry buildings.

Cannons done, it was another block down and around the corner to Wat Pho. The complex has a noterietay for being only slightly less crowded than the Grand Palace. Today, is was a good relief, as it was relatively quiet. The complex admission is 100 Bahd, and is well worth going in. It is the home of the largest collection of Buddhas in Thailand, and home of the gigantic Reclining Buddha. That alone is fabulous, but definitely see the rest of the complex. It has many thing to offer.

It took 4 different attempts to find a taxi I didn’t want to stab to find a ride back to my hotel. They all have some kind of scam running. Its exasperating. Finally, I just paid the extra 100 Bahd for the ride back (400 back vs 300 there) and said screw it. This guy only got me to about 2 blocks away from my hotel. Some nonsense about not know how to navigate around the one-way street he was at. I paid him and hoofed it.

Back at the hotel, it was planning for tomorrow, letting my feet cool off (sans sneakers), and finding a beer.

Not feeling finished, I walked my way back to the metro and headed a couple stops west to Siem Square to take a walk around. It was a non-starter, so I came back to the hotel bar to write this. The barkeep guy is hovering, and annoying, but the wifi is high speed. Concessions have to be made! 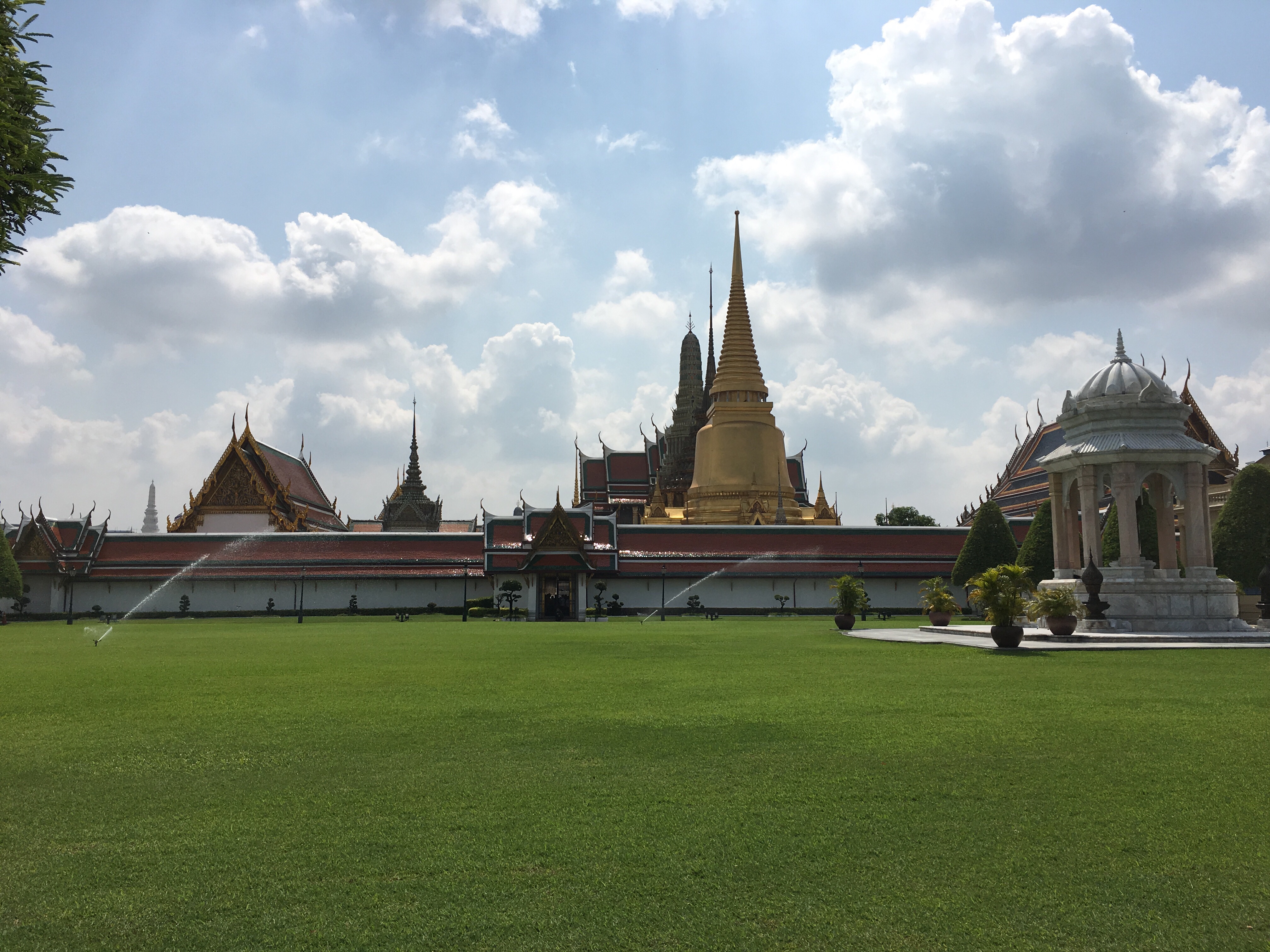 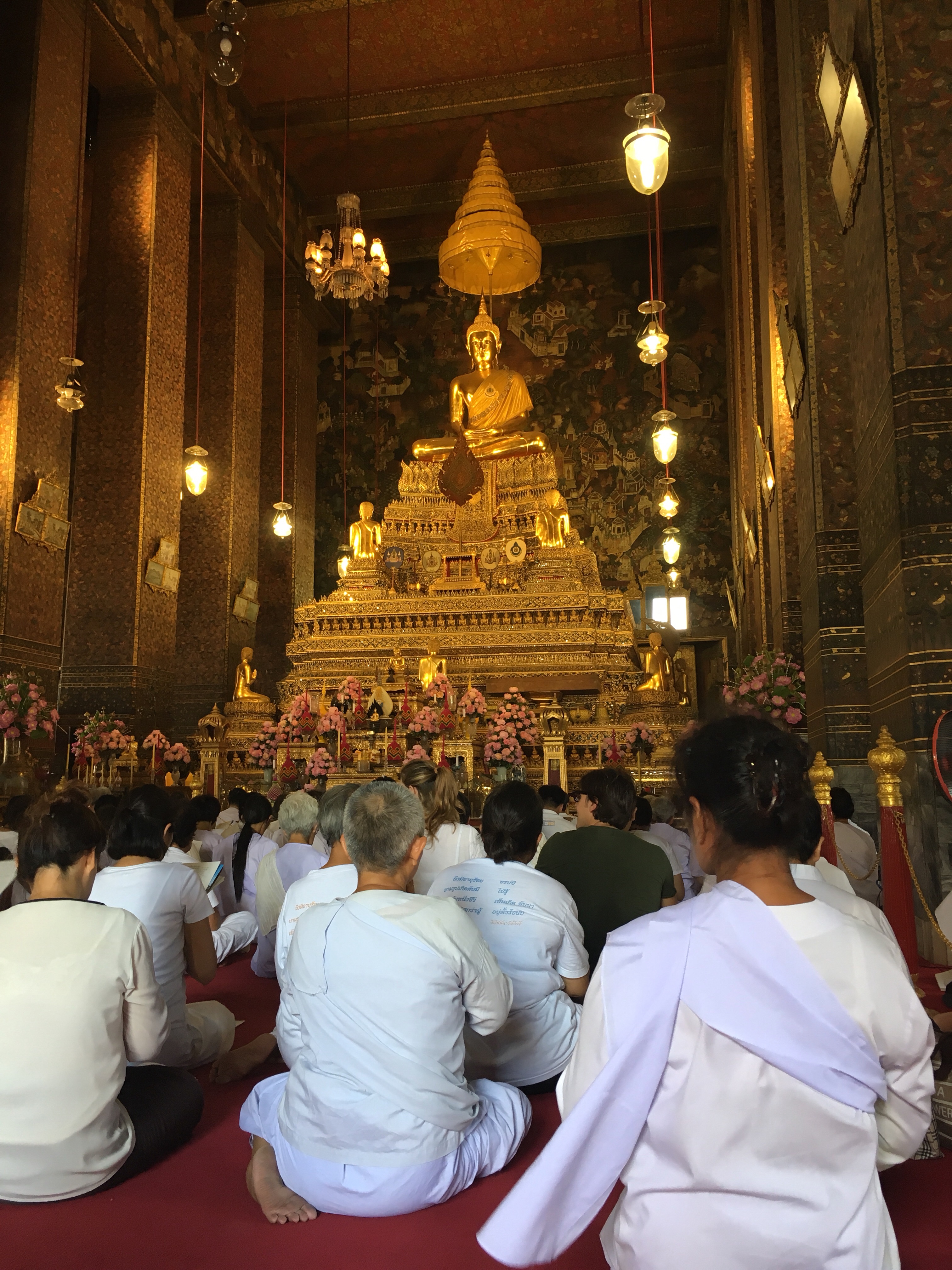 Don’t let the cabbies beat you down, get out there and see stuff.