After some thought, I decided to deviate from the norm. After all, life isn’t just about checking things off a list. Its about experiences. So, I decided to experience the movies, at the mall, in Bangkok. I say experience, because the movie theater took up 3 floors at the top of the mall. They like movies over here!

I’ve been wanting to see Avengers for a while. I admit I’ve also been highly skeptical of the whole crossover universe idea. Fortunately, I was rewarded for my efforts with a great movie!

The movie theater was easy enough to navigate. They people spoke English to make things passable. Only about 300B for the movie and 85B for the Coke. The movie itself was also in English, which was nice.

Everyone had to stand at the beginning, for the playing of the King’s song. It was oddly like the national anthem before a ball game, but in Thai. (Go see Avengers!)

Movie was followed by a walk to the Pier where I caught a water taxi to the west end of the city (tourist area). It was a short walk from the Pier to the Golden Mount. At a 50B entry fee, it was a cheap price for a great Buddha Shrine. I walked around it for a while. There is a good bit to see, and worth your time.

After the Mount, I took a quick walk across the bridge to the fortress. You can’t go in it, but I got some good pictures of it. After the fortress, it was back on the water taxi, and headed east. A nasty, polluted, floating trash covered ride back to the Jim Thompson House Pier and I was quickly at the Metro. 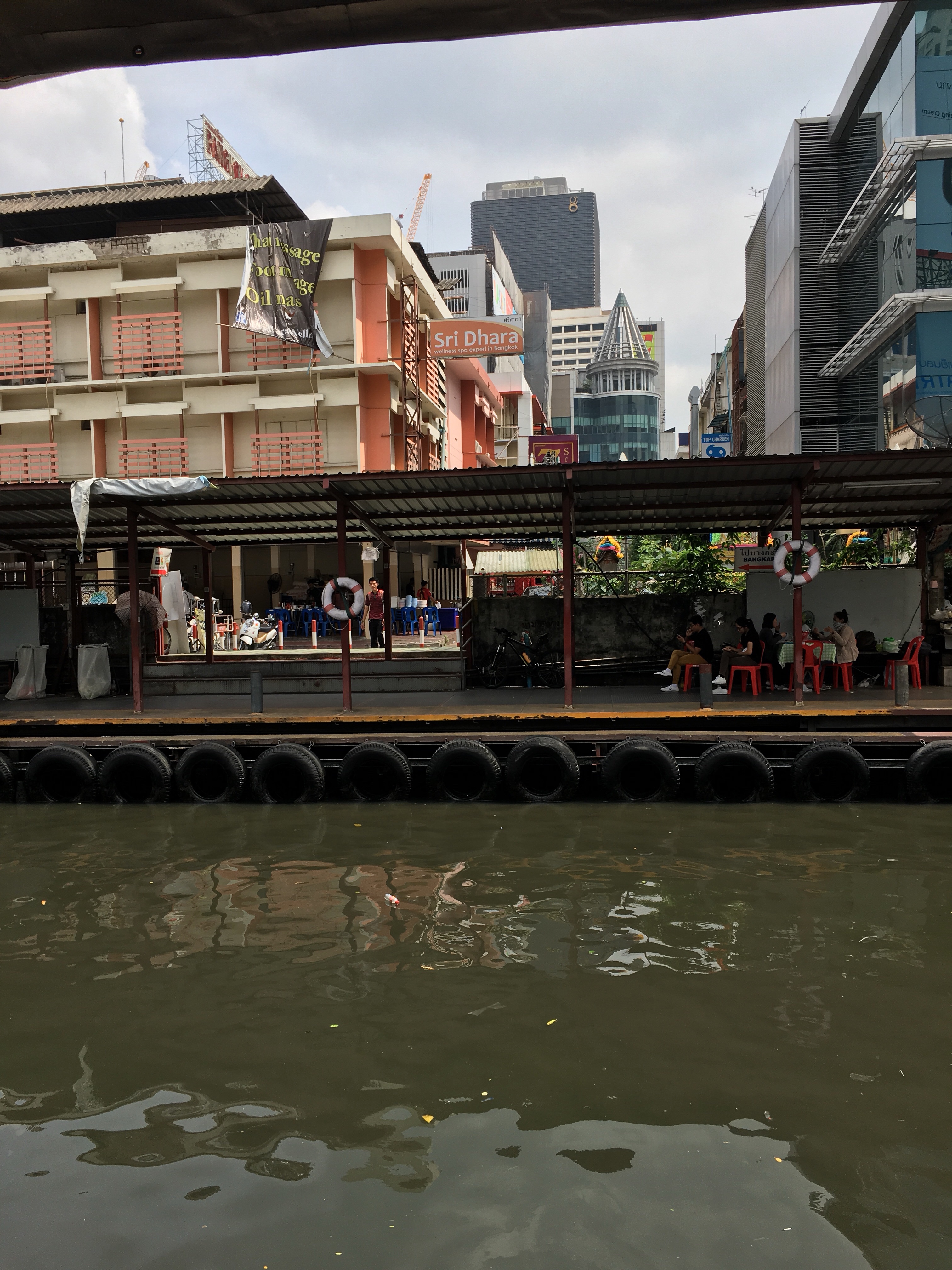 Mom was right, I should have proofread the last post. Oh well, can’t be an Internationally Award Winning Author all of the time. Can I?

Get out there. Do stuff.