I think it’s safe to say that everyone knows where Athens is. It’s such an enormous seat of history and myth that it still demands a place among the great stops in the world of travel.

I have personally been wanting to hit up Athens ever since I started reading Greek Mythology. It’s one of those iconic places. It’s sights are (still) world class. It’s food is fantastic. And, it’s people are very, very Greek.

Of Greece, Athens is the place where it all comes to a focus. This last statement is true of all things Greece. The good, the bad, and the ugly. The cultural, and the political. It’s all in Athens for the taking.

Once again, everyone knows where the city is, especially the travel industry. All major airlines have a route there. You can get there by ferry, and by train. You can also drive, if you choose.

I chose to fly in. I caught a flight out of Geneva to the Athens International Airport. The airport is on the outskirts of the city (a trend for major airports in Europe), but is easy enough to transit through. The metro system has a direct connection to the city center, which makes late arrivals manageable. Taxis, and a city bus are also options. I chose the metro train, as it had a stop close by my hotel.

If you’ve never been to Athens before, do some research before just diving in. The nicer tourist parts of the city aren’t necessarily where you think they are. Areas around major tourist attractions (normally a prime hotel area in most European cities) can not be the best areas for unseasoned travelers. I stayed in the seedier part of the city, and though I had a marvelous time, it’s not the spot for first-timers or older, more cautious tourists.

Getting Around the City.

Walk. It’s pretty much that simply. Athens isn’t massive. It’s significant ruins and museums are all congested in and around the middle of the city. The city is quite vertical for Europe, so you will want to pace yourself. It’s not strolling through the countryside here, it’s urban adventuring. You’ll burn off the calories by the end of the day.

For the outlying museums, ferry ports, and other such items, the metro will get you where you want to go. The metro train does have a daily time schedule and doesn’t run continuously. If you have an early connection, set up a pickup from your hotel, just to be safe. I had an early flight, so I had my hotel set up a transfer to the airport. It worked out wonderfully, and without added anxiety.

Athens, like Rome, is replete with stuff to look at. There are layers of history in the city. All of them still vying for space on the world stage.

With too many things to chose from, I chose the pieces I found to be the most interesting to me. Guide books are filled with expansive lists of stops, all of them have their due. These are the ones I enjoyed most.

The Acropolis is the preeminent, must-see item in Athens. Fortunately, you can see it from just about anywhere. It sits well above the remainder of the city, so walk in the general direction of the hill and signs will get you the rest of the way.

Two words of caution. It fills up and never empties, so be there before the gates open (to be first in) or you’re going to be lost in a sea of other people. And, the ticket price ain’t cheap! They know you’re gonna pay, so use the multiple attraction pass and save a little cash.

As for the state and stateliness of the ruins overlooking the city. It’s exactly what you’re going to be expecting. Even in its ruined state, it’s awe inspiring.

After you have seen it up close, make sure to hang out in the market square one evening while you’re there. The whole complex gets lit up in multicolored lighting after dark. It’s pretty cool to see.

When you look down from the Acropolis and wonder what the well-preserved temple below is, that’s the Agora. A cheaper, and (I think) wholly better cultural experience.

More than a single temple, the Agora is a whole complex of temples and buildings. Their state ranges from semi-well preserved to ruins, and there are remnants of every kind to examine. A small exhibit/museum at its middle displays the important pieces.

The Agora is well shaded, and can represent a nice rest from the heat, especially after you have walked down from the Acropolis. It’s well worth your time.

Church of the Holy Apostle.

Located in a quiet corner of the Agora, the church is a marvelously intact structural. There are many tiled frescos in the 10th century structure, but the inside of the dome is my favorite.

The inside of the church is otherwise sparsely decorated, beholding the Greek Orthodox style, but it is in definite contrast to the older temples that surround it.

As you would expect, the National Archeological Museum is the one stop for everything old and Greek. The collection is expansive and consumes several floors of a massive building out and away from the major tourist sites. The metro will get you close to the museum, and a short walk will finish it off.

Again, like the Acropolis, plan on being there when the doors open. The museum draws huge crowds and bus tour groups. If you aren’t first in line, you may not necessarily enjoy the experience (as much).

In a city that is as stretched at the seams as Athens is, one needs to look for the good. There is plenty to find. If you make an attempt to avoid the crowds, eat and drink local (think side streets), and turn a blind eye to the obvious crime problems, you’re going to have a good time.

Athens, in a great many ways, is a poster child for what is happening to many old European cities. You can hate it or your can deal with it. In the end, the Greek people will turn the tide of opinion in your mind. They’re great people and are proud of their history. Go see them. You’ll enjoy the experience. 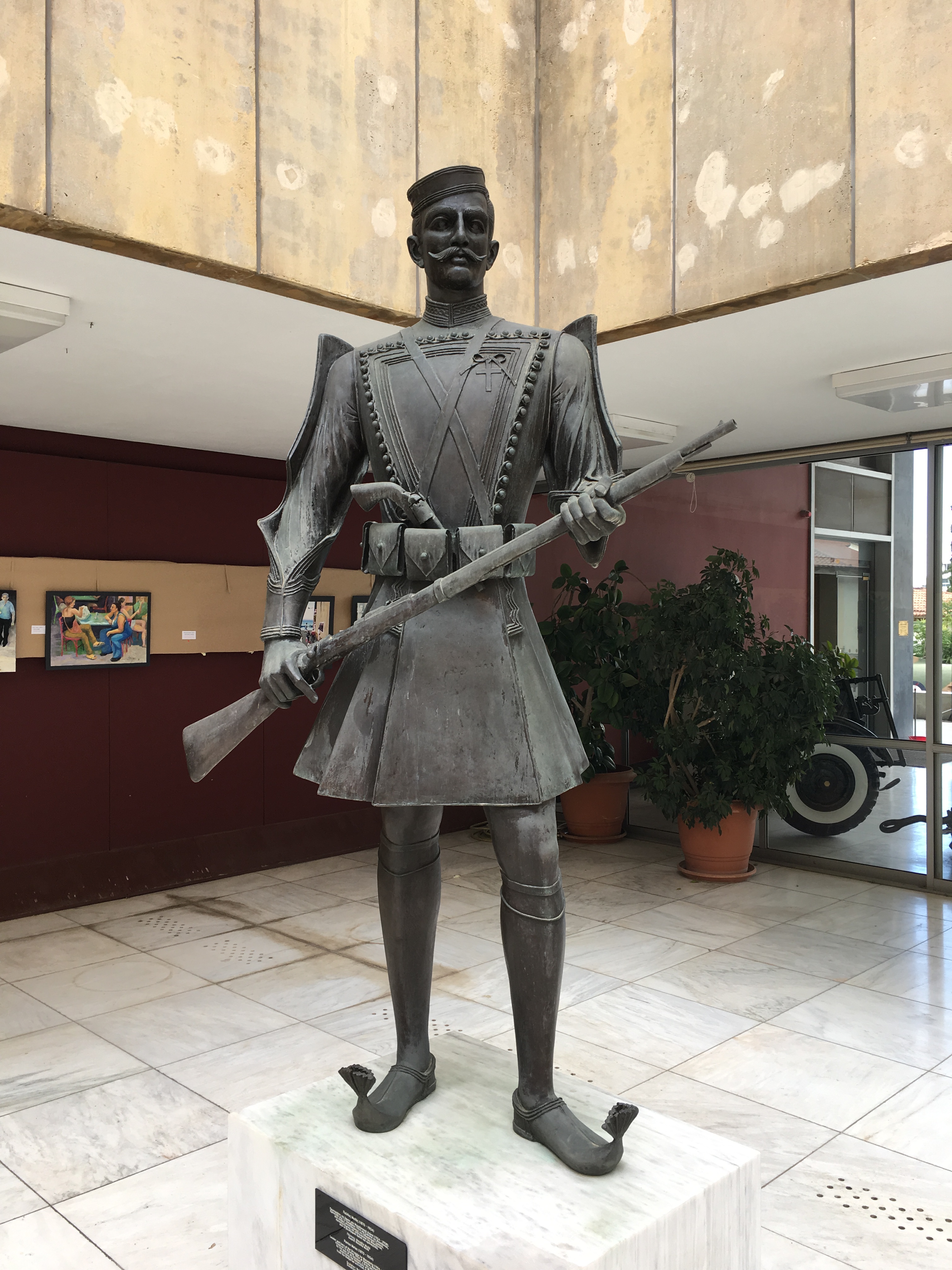 Statue of a Greek Soldier protecting the entrance to the Military Museum in Athens, Greece. Circa May, 2019

Now get out there! Go see what the world has to offer.